Oleksiy Radynski is a filmmaker and writer based in Kyiv. 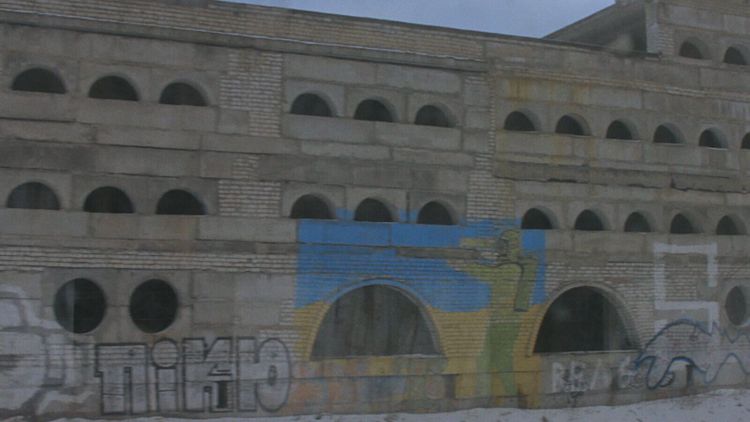 On Monday, 07.03, we are hosting the third screening of independent Ukrainian cinema in support of Ukraine during the war started by russia. As per artist’s request all of the raised funds will be redirected to the independent film collective in Mariupol, “Freefilmers”.

If the situation allows, Oleksiy will join us online from Ukraine for an after-talk.

Oleksiy Radynski is a filmmaker and writer based in Kyiv. He is a participant in the Visual Culture Research Center, an initiative for art, knowledge, and politics founded in Kyiv in 2008. Since 2011, he has been an editor of Ukrainian edition of Political Critique magazine. He is a BAK 2019/2020 Fellow at basis voor actuele kunst (BAK), Utrecht.

•“People Who Came to Power”, 2016, dir. Oleksiy Radynski, Tomas Rafa•
documentary, 17 min
The film recreates the gradual transition of society from peaceful life to the state of war. Shot in March-April 2014 in Donbass, it follows the transformation of social protest into an armed revolt, supported by covert foreign invasion. The film doesn't focus on individual stories, instead showing the mechanisms of inflaming the war that led to the social collapse.

His other films include Ukraine Goes To War (with Tomáš Rafa, 2014), and Integration (2014). They have been screened at Oberhausen International Short Film Festival, Institute for Contemporary Arts (London), DOK Leipzig, e-flux bar laika, International Studio and Curatorial Program (New York), and other venues, and have received a number of awards at film festivals. His latest feature documentary “Infinity According to Florian” (2022) had its premiere at the Rotterdam Film Festival this February.

Tickets (put your own price, min 5 EUR; all of the funds will be redirected to support Ukrainian independent film collective “Freefilmers” who are currently in Mariupol)