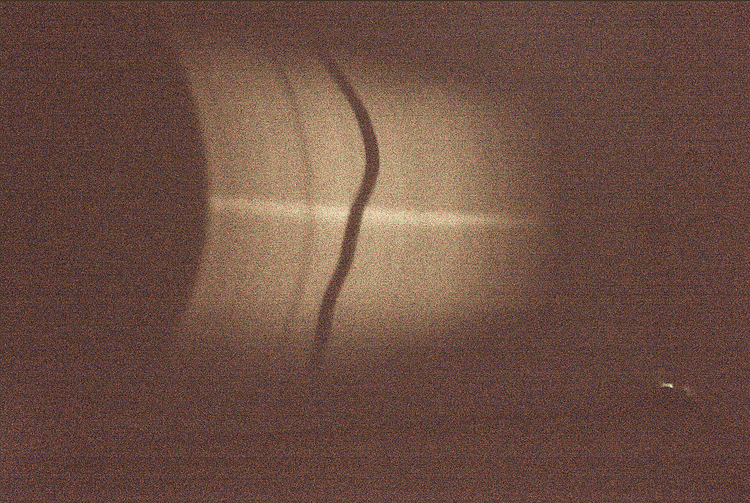 In our modern society, we let machines get so close to our own comfort that they almost become (one of us) a part of us. We name our car, have a smart fridge, a vacuum cleaner that does its job without any human interaction and so on. But do we become a part of the machines? Do we become one with the machine or its vibration? Should we as humans be in a specific state of mind to be able to let ourselves “sync up” with a machine, or does this happen subconsciously?

With the installation “Portaal”, Renzo van Steenbergen and Kristjan Pütsep created an evolving environment in which several standalone sculptures are controlling the vibrations of audio and image (light) in the space. Together the vibrations emitted by the machines form harmony and disharmony that will fill the entire space.

Renzo van Steenbergen (1977), nomad from roma descent, born in The Netherlands, with degrees in Sound and Image and ArtScience of the Royal Academy of Art, and the Royal Conservatory in The Hague.

Renzo has been working internationally as an autonomous freelance and all-round artist in the fields of installation art, music and composition, film, live-cinema, digital art, contemporary dance and theatre since 2001 and has composed music and made sound designs for various theatre productions and directors in and out of Estonia such as Sasha Pepelyaev, Dogtroep, Von Krahl theatre, Alissa Šnaider, Mart Koldits and Kristjan Sarv, as well as continued making and producing music, performances, film and installations in and out of Estonia.

His work is concerned with issues of energy, density, complexity, movement, simultaneity and violent beauty, and he often works extensively with space as a primary compositional parameter.

Kristjan Pütsep (1987), night-time engineer, hailing from Tallinn.
Kristjan has been working in the entertainment industry for the last 15 years, has produced numerous motion pictures and designed special effects for movies. Occasionally has dabbled in theatre, installation art and music, as curiosity forces one to search for new ways to look upon space and physics.